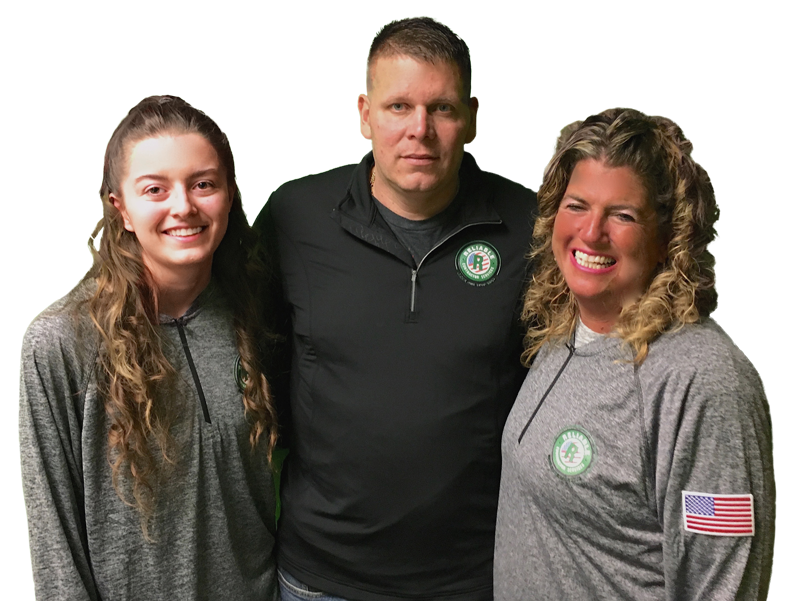 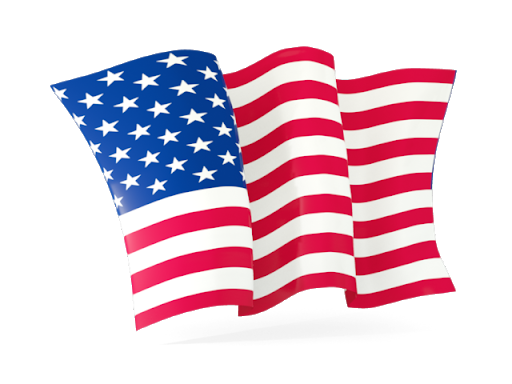 WE DO IT ALL - No Subcontractors! 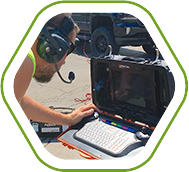 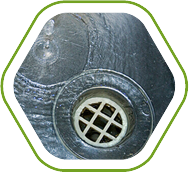 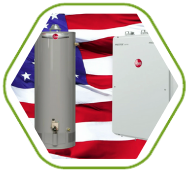 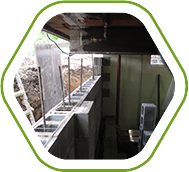 HEAR From our Wowed Customers

Mike was on time and very professional throughout the install. He determined the situation and what needed to be done to install the water filter properly. I am very pleased with the work and would recommend Reliable Plumbing! Thanks!

"They were very prompt and worked with or schedules. Very well!"

"Reliable was scheduled to be at my house at 8 a.m. At 8:30 a.m. I called them asking on an ETA – they advised that the boss had called a last minute meeting and everyone was running late. Technician arrived at 9:10 am. He was very friendly and professional. Had the job done in 20 minutes. I will call them again if needed."

"Reliable came on time and did exactly what they said they would. I had a handyman clean the drain, but it backed up again. I called Reliable and they were there the next day and made sure the drain was cleaned out. It has been a year and I have not had an issue since."

"Showed up on time, (within 1 hour window I was given when I made appointment). Looked job over to see what equipment and parts he would be needing, then went right to work. After finishing, he cleaned up the work area. I would definitely would use them for any of my plumbing needs."

"Arrived on time. Did thorough investigation. Job completed in a professional manner."

"Better than I anticipated. Thought I was going to have to dig up concrete to put in new pipes. Description of work: Checked kitchen and bathroom drains, snaked and cleaned out."

"They are very dedicated and won’t stop until they are done, plus their work is remarkable. They are generally out within 2 hours, and whenever I have had an issue they come out right away and just won’t give up until things are done right. They are Very honest, I trust them explicitly, and very personable as well. They have really gone above and beyond to help save me money as well."

"The Reliable tech was on time and was very polite. He assessed the situation, and got right to work. He answered all our questions, and is very knowledgeable. Put a tarp down to keep the floor clean, and cleaned up afterwards. Now we have a beautiful, shiny, clean new sink area. 🙂"

"Jordan and Nick were very professional and did an excellent job resolving my problem. They also kept me informed during every step of the process. I would definitely hire this company again in the future."

"The worker they sent out, Tom did a great job was he was very friendly and informative answered any question I had about the job and let me know how the job was progressing very satisfied with work and worker they sent out would definitely hire Reliable to do work in the future!"

"They were very prompt and worked with or schedules. Very well done!"

“A. Reliable impressed us by PROMPTLY returning our calls, even during the holiday and the evening. We felt APPRECIATED as a customer – even received a personal THANK YOU note for our business. We’d planned to have a spigot replaced (only) but Chris was able to also install a utility faucet that has slowly leaked for a year!”

"They arrived at the agreed upon time. After completing the clearing of the line, they proceeded to jetting a second line on the other side of our condominium complex because the job was billed by the hour and there was time to do this at no additional cost. During the second jetting their equipment blew a high pressure hose. They left to have the hose repaired then returned to complete the job. I was pleasantly surprised to have the extra line cleaned. Our previous plumber was always prompt and did a good job but would have charged for the second line. Workmen were courteous throughout my interaction with them. We will call them for our future plumbing needs and recommend them to others looking for a plumbing company."

"I called them at approximately 7:30 AM. to report that my garbage disposer was leaking and not working. The service technician arrived at my house by 9:30, checked my 10 year old disposer, and discovered that it had rusted through. He replaced it and was finished by 10:00. I couldn’t be happier."

"Good experience. Polite, came when promised and cost was exactly as quoted.
Only problem I encountered was that i was supposed to get a call when the tech was on his way and did not. This caused him to have to wait till I was able to get home from work. I was not charged extra for this."

"They did the work within a couple of days. I recommend them. Their price and quality of work were excellent. I would use their services again in the future."

"The job became more than I thought, but he called it right."

"My overall estimate from the point that I talked to them and to when they came to give me an estimate was excellent. I was happy with the company and I might use them in the future."

"I had water backing up into the drains of my (slab) house. I called them late morning and Bryan was out later that afternoon to clean out the drain. I came out to see how things were going and saw him using a camera to check the drain to the inside of the house and to the street. To my surprise, he informed me that the rest of the pipe was good and the one area that did have a problem was near the cleanout away from any trees. He had cleaned out the drain and gave me an estimate on replacing the portion that eventually would need to be done so this would not continue to happen in the future. The estimate I feel was reasonable and will use them again to do this later. Bryan gave me some suggestions and was very informative/professional/pleasant. Glad I found their card that I had saved from years back. Used their Angie’s list coupon for 15% off, also. Great deal."

"They showed up when they said they would and performed the job quickly and professionally. The price was as quoted. We had a minor problem with the equipment and they responded promptly. I would highly recommend using them."

"I called Ken in mid December and he was out the next day to check out the job. He was back to me the next day with a price. I told him I would be ready for the job to start the first week of January. He put me on the schedule for the first Monday in January. They showed up right on time and went straight to work. Busted up the bathroom floor the first day and got all the old pipes dug out. I think by the 3rd day the bathroom floor was fixed up. Very nice job with the patch too. The seam is not too big and should be easy to put flooring over it. By Friday they were running water lines. They stopped back on Monday to tie up a few loose ends. Overall they did outstanding work and left the place neat. If I need plumbing work done again this will be my first call."

"Ken and Reliable did a great job diagnosing the problem. They came out in January 2010 and cleaned out the draining system going to the street. They found roots blocking the drain to the street. They cut out the roots and installed a crock to monitor the drainage. The water still did not drain out of the heating ducts so they had to return another time. At this time they drilled holes in the foundation allowing the water to drain out of the ducts. This worked until October 2010 when I noticed water in the heating ducts again. Reliable then came back out and re-drilled the holes which clogged then connected the holes foundation to the crock so it would continuously drain. They did a great job and I would definitely use them again." 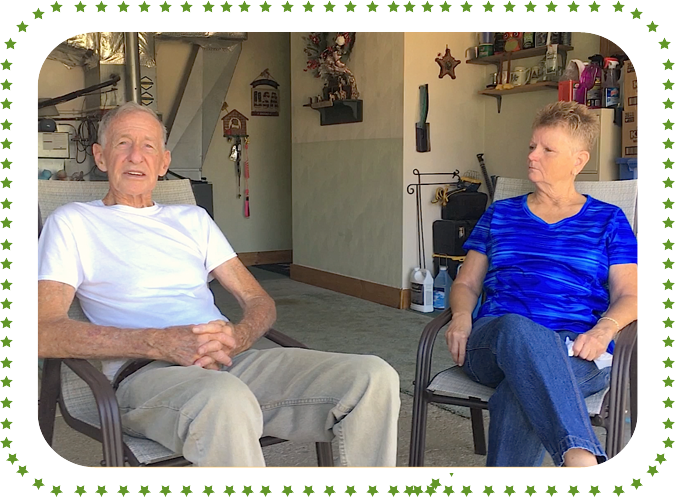 In situations where gas is smelled (gas water heater) or your floor is flooded with water (electric water heater) it is important to leave your house and call upon a licensed professional immediately. Failure to do so could result in property damage and risks the health of your family.

At Reliable Plumbing and Drain, we’re fully equipped to handle all of your plumbing needs, whether it’s a new toilet installation or an emergency leak.

From clogged sink drains to broken water mains, we can tackle any commercial or residential plumbing job.

WHAT MAKES US Different?

Our technicians are available around the clock to answer your call & address your needs.

Nobody wows clients like we do! Our technicians always go above and beyond the call of duty.

SAFETY IS OF THE UTMOST IMPORTANCE

We background check our techs & provide a picture of the technician who will be arriving to your property.

We offer the best warranties in the industry & guarantee you’ll be satisfied with our work.

Nothing is more frustrating than taking a shower and not having the water drain quickly enough. Especially here in Tampa, sand and other things easily build up in your drain… 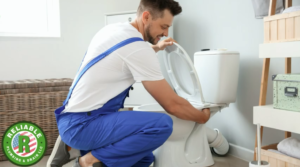 Reliable Plumbing and Drain is your go-to, one-stop-shop for all of your plumbing needs! Whether you just have a question about your drains or if you are in need of… 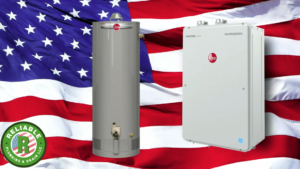 Should I Replace or Repair My Water Heater?

As with anything in the plumbing and drain business, every situation is different because people’s homes are different, and they have different equipment. So, if you are wondering whether to…